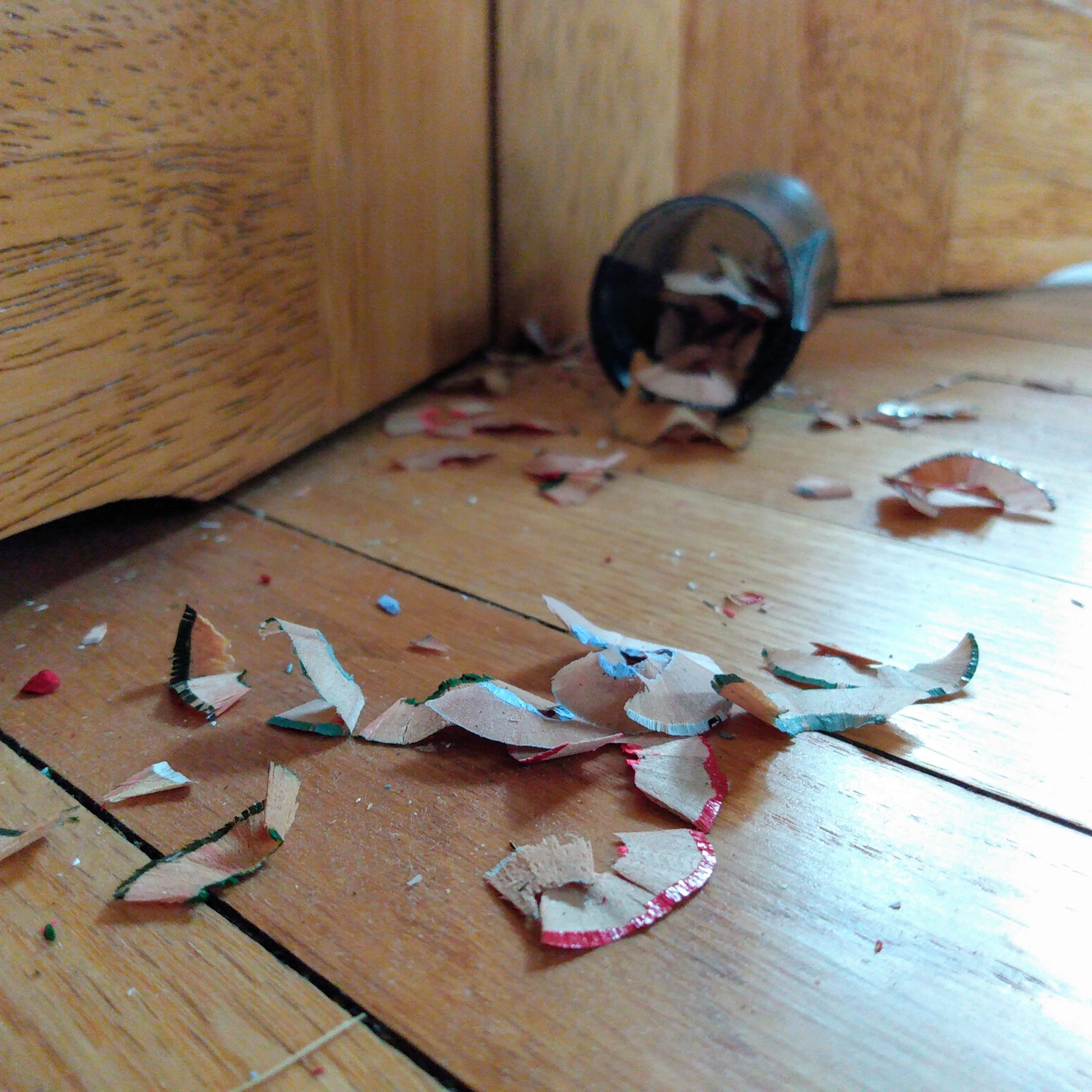 Since taking a painting course at the College of St. Scholastica, where Rachael Koppendrayer first experienced what a set of colored pencils can do when pushed to their limits, Rachael has fallen in love with colored pencil art. And it had nothing to do with the craze for adult coloring books that emerged at the same time.

Rachael was amazed by the vibrancy and smooth transition of color that art professor Po-Lin Kosuth could pull from a box of pencils. Professor Kosuth’s paintings (well deserving of the term) looked nothing like the sketchy coloring Rachael was accustomed to seeing. Their first painting project in the class was using colored pencils to draw flowers, which ignited Rachael’s love of pencils and rooted flowers as one of her favorite subjects.

Regarding colored pencils as a professional medium, Rachael says, “There is a bit of a stigma in the fine art community. Some people just assume that because every elementary student owns a box, colored pencils aren’t a serious medium. But then, most people have never seen them used to their full potential.”

Pencils offer unsurpassed control, with the ability to create very fine lines after sharpening. Artist grade colored pencils can be lightfast, with deeply intense pigment. Some are heavily wax-based, which are a creamy delight to use, while others are more oil-based, offering a luminous and even archival final product.

Colored pencils aren’t without challenges. Pencils with lightfast pigment are uncommon and not cheap. Often times colored pencil drawings will turn dull over time. If the pigments are good quality, then it’s probably a condition call wax bloom—where wax separates from the pigment and rises to the surface of the drawing, usually clouding and dulling the more intense colors. Black is especially susceptible. However, this can generally be prevented with a spray fixative, or one can periodically wipe the bloom off with a clean tissue.

What color do you use most?

White! Followed by colorless. Both are extremely useful in blending. Before learning blending techniques, I never dreamed that I could use up one white colored pencil, let alone dozens!

Does the kind of paper matter?

It makes a difference. A toothy, heavy-weight paper can stand up to heavy layering, unlike printer paper that bubbles and warps. But watercolor paper has too much tooth. Thankfully, there’s paper developed for colored pencil that’s not too toothy, not too flat—just right.

What is your favorite brand of colored pencils?

It depends on what I’m doing. If I want a piece that can hang on the wall for decades, I’ll generally use the Faber-Castell Polychromos—they’re unsurpassed in lightfastness (and very expensive). Prismacolor is the most fun to use, since they have the creamiest leads. Some are lightfast (nearly all the neutral colors, which are great for pet portraits), but some aren’t. If I’m doing a piece for digitization (like children’s book illustrations), I’ll use a mix of Prismacolor and the old stand-by: Crayola.