It makes things a little complicated when you have to put an exact name to the flower.

Orchids of Minnesota by Welby R. Smith of the MN Department of Natural Resources (U of MN Press, 1993) goes by C. calceolus, so that’s what I go by. But while he separates the two variations as differing subspecies, even he states the differences between var. pubescens and var. parviflorum are hazy at best, since they also hybridize.

Regardless of ethnicity and size, it’s still a favorite. And in a drawing, it’s mighty hard to tell whether it’s large or small, American or European. 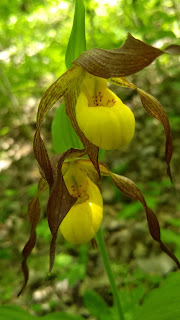 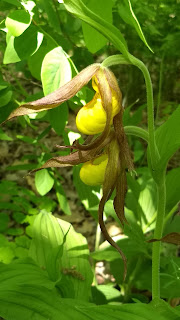 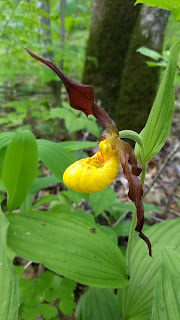