One of the stranger flowers of the deep woods is the green Jack-in-the-Pulpit, named for its resemblance to a preacher standing in a pulpit, sermonizing to his woodsy congregation. Like most other members of the Arum family (Araceae), the flower consists of the spadix–the stick-like inflorescence of minuscule blossoms–and the spathe–an often showy, modified leaf that partially encloses the spadix. Many other members of the Arum family are popular ornamental plants, such as peace lilies, Philodendron, and Dieffenbachia. 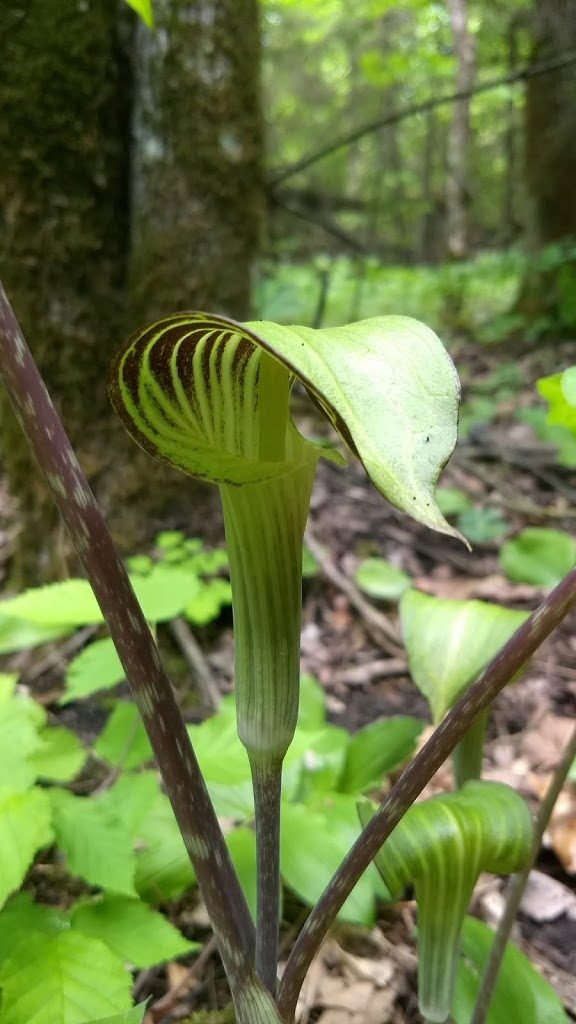