The continuation of the process of my experiences in illustrating Isaac’s Ice Cream Tree (for the other posts on the process, see links at the end of this post):
July 1st: The initial sketches for each page were done. The colors had been chosen and approved. Time now, finally, to start the ultimate illustrations. 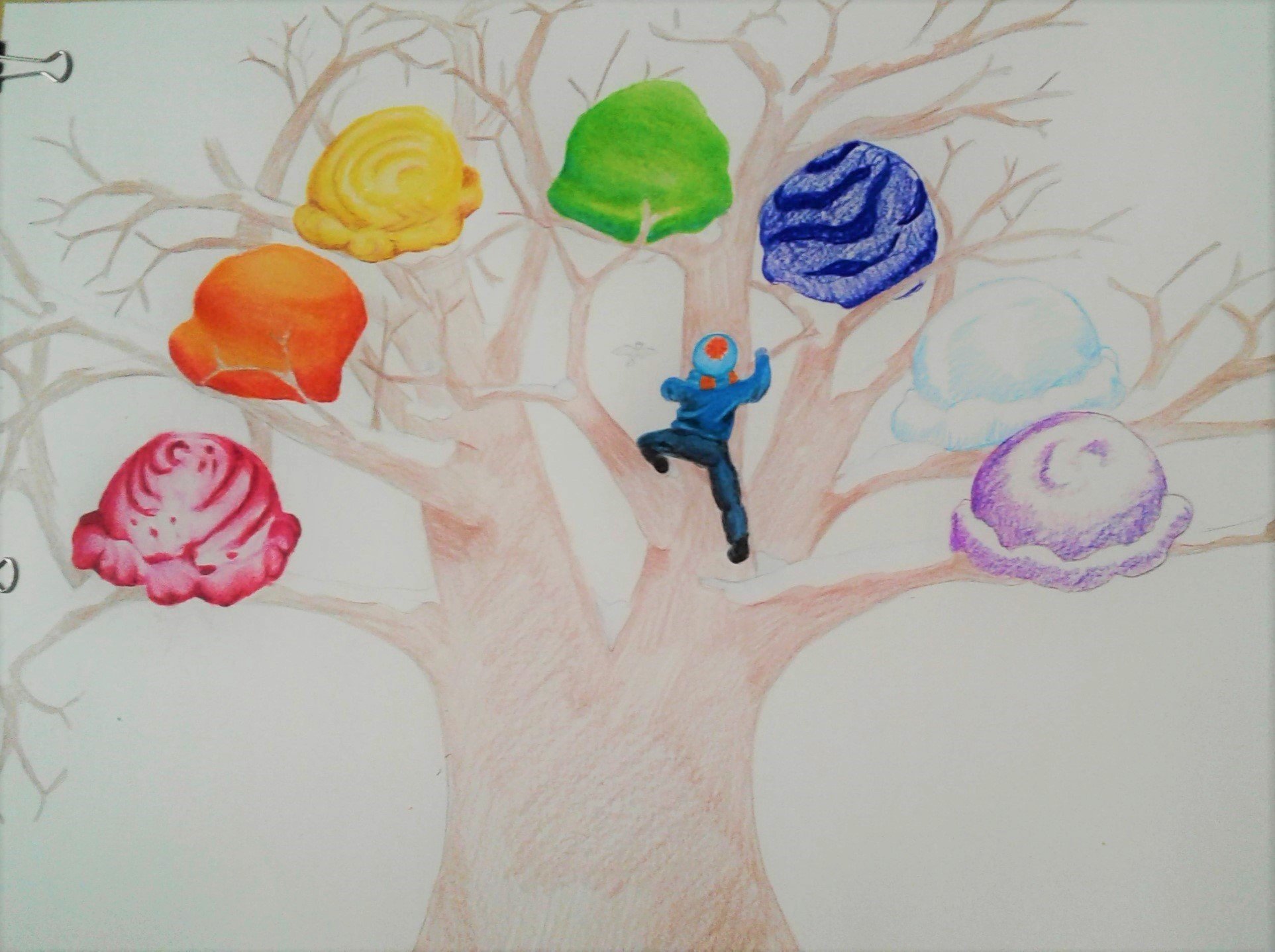 In some ways, this was the easiest part of the whole process. It required very little thought on my part, since every picture had been mapped out; all I had to do was redraw everything larger, add more detail (easier to do on a larger drawing), and fill it in with color.

It also was the most intense, longest part of the process, where everything had to come together just so, where if I forgot the freckles on Isaac’s nose for one picture, it was a big deal (something I did on close to a quarter of the initial sketches). I was given twelve weeks to complete nineteen drawings (though some, being partial-page illustrations, were smaller than others), so I planned ahead–if I could manage two illustrations a week, I’d get done two and a half weeks early. 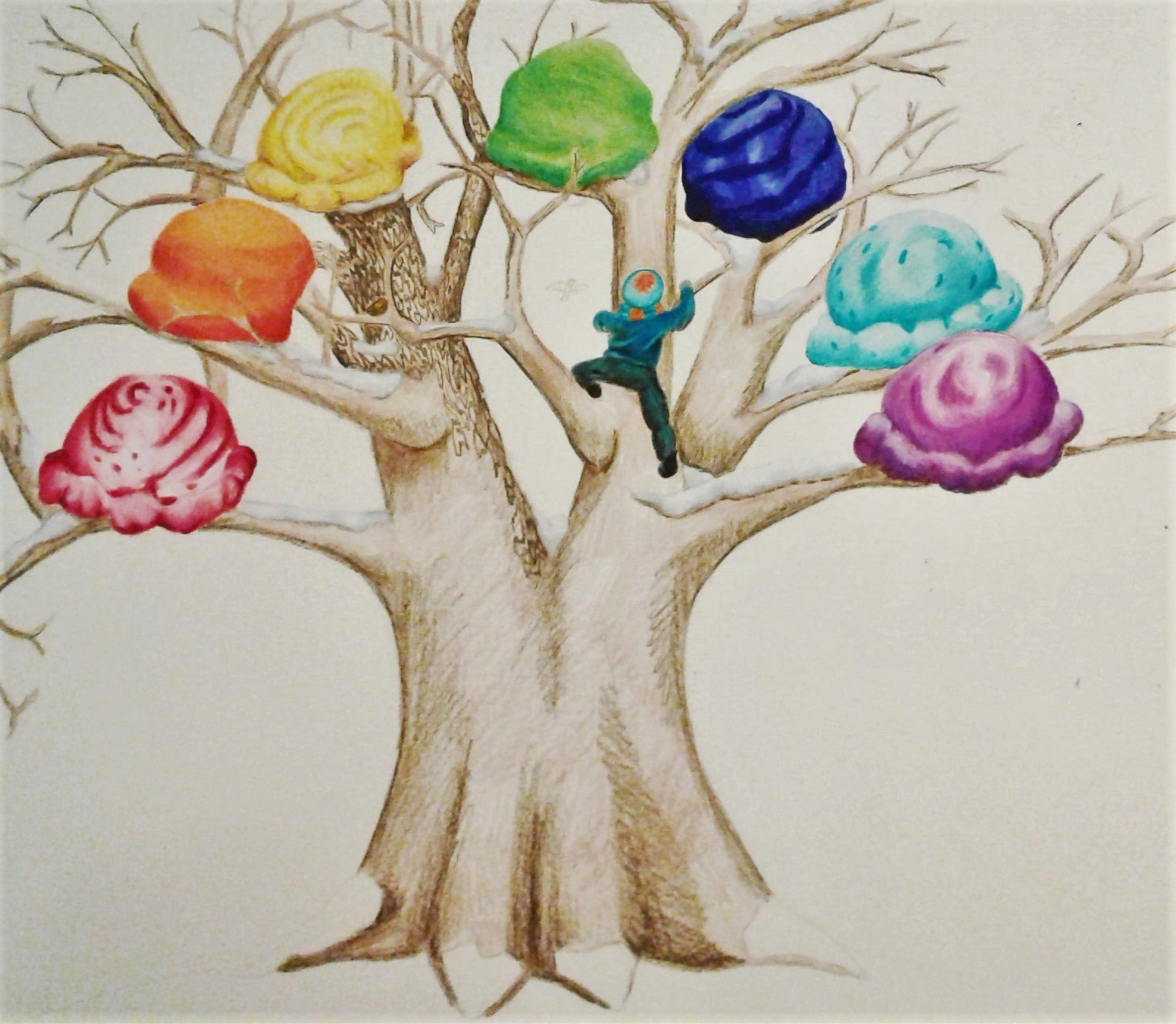 Right. By the third week of July, I had one drawing done, and another started. By then I was ready to panic at how quickly and easily I’d fallen behind, so I threw myself into my work and completed five by the end of that week, and worked my way back to being on schedule by the time August arrived. August ended up the busiest month of the summer, between weddings, family reunions, and sickness: first my dad, who spent nearly a week in the hospital with Temporal Arteritis, a blindness- and stroke-causing disease that primarily affects people of Scandinavian descent, but can eventually be cured with months of steroids; then me with an excruciating nearly 3-week sore throat and cough that refused to let go (and during which time I did not dare visit my parents, for fear of passing it on to Dad, whose immune system was still severely compromised). 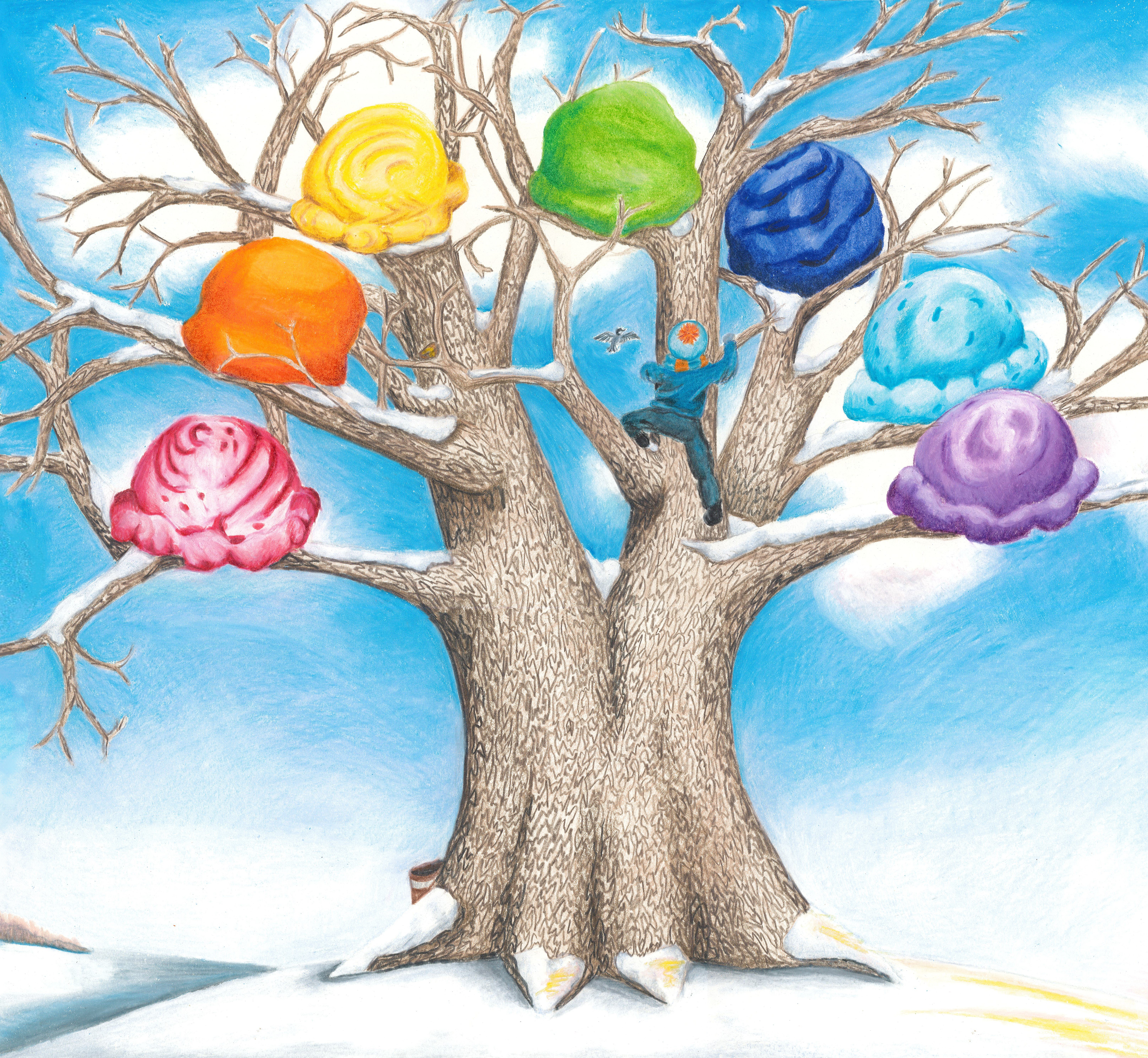 Yet, through the grace of God, I finished only a few days off from my initial projection, two full weeks ahead of the deadline. Plenty of time to scan the images and piece together on the computer the ones that were too big to fit in a single scan. (Artists beware: 11×17″ is a pretty standard max scan size).

I was then introduced to WeTransfer.com – a free service that can transfer up to 2 GB of data at one time (all the illustrations together totaled 435 MB–far more than Gmail’s 25 MB limit), and tada! All done!

Well, all done on the drawing front. Promoting the book, building a website, making a Facebook  business page, and all sorts of professional advancement yet to come.

Process of illustrating Isaac’s Ice Cream Tree
Part 1: Becoming an Illustrator (what led me submitting myself to a publisher)
Part 2: The Initial Contact
Part 3: First Round of Sketches
Part 4: Edits and Color Roughs
Part 5: Final Artwork
Part 6: Final Product, or: THE BOOK!